Sustainable Westford is a 501(c)(3) nonprofit community organization dedicated to promoting the economic and environmental sustainability of Westford.A nonprofit corporation, we host educational programming for all ages through a variety of programs;  Westford Farmers Market, Healthy Kids Coalition, UpCycle It!, Westford Academy Mentorship and Winter Series Program. We rely on volunteers to run our programs.

Our efforts are concentrated in three areas:

Our mission: We serve as a venue for bringing community together and raising awareness on issues of sustainability. We do this by providing education and inspiration on issues of sustainability.  Working with the community and related organizations to advance our mutual missions, we provide access to local sustainable foods; recycling programs; renewable energy options; conservation of natural resources; and health and wellness programs.  We support local farmers and food producers; foster connections between farmers / producers and the community; provide instruction in the growth, preparation of healthy foods.

Whether it’s at the farmers market or through any of our other active educational programs,  we directly connect people to their local ecosystems. Our work uncovers the intrinsic value of the land around us and the importance of treating the land with respect.

Thank you for visiting this site to learn more about what we do and how you can be involved in our work.

Spring is right around the corner and with that comes the opening of the 10th season of the Westford Farmers Market. Farmers markets are changing and our market will be changing as well. This season we’ll be bringing more community programs, children’s programs, and more live music than ever before.

We’re happy to be able to continue our Supplemental Nutritional Assistance Program (SNAP) and to continue offering Bonus Bucks this year with the support of our business leaders and community supporters. This program helps economically disadvantaged folk and families put food on the table.

Thank you for participating, for bringing the conversation to your own community, and for acting on what you see. Thank you for helping us do what we are meant to do. We’re looking forward to building a better and brighter community.

With the generous support of our Sponsors, Members, and friends, we can continue leading efforts to improve the things that matter most to us: family, community, and our connections to each other!

Sustainable Westford was borne out of the Westford Farmers Market on the Common in Westford, MA. The Westford Farmers Market (WFM) was established in 2007.  The WFM was conceived through an effort of the First Parish Church United Outreach Committee. The town common has long been a central focus and natural gathering place for New England towns and we chose this space to host our farmers market. The first season was successful having created a vibrant community living space with music, food, education and children’s activities. We were able to attract many vendors and residents from Westford and nearby towns to participate and enjoy this experience.  We were a semi-finalist in the “Celebration of Excellence” in 2007 for Community Excellence.

Soon we added various elements to the market such as the Winter Series Educational program  bringing educational and inspiring film screenings, presentations  and workshops on food, health, environment and issues of sustainability.  Workshops such as  ‘Raising Backyard Chickens’ and ‘Grass-fed Beef Tastings’ piqued the interests of many!  The Upcycle It! program was created by Kristina Greene and the WFM became a collection site for the candy wrappers and chip bags for the Upcycle It! Program. The Westford Farmers Market’s platform was just the beginning of growing and expanding a  ‘Green’ platform in Westford.

In 2010, Sustainable Westford was founded to broaden our mission to include related issues of sustainability and to have a greater impact on the public with a focus on education.  Our Westford Academy Mentor program has grown to be a significant part of our overall success.  The WA student team contributes many hours to help manage some of our programs in particular, the farmers market, Upcycle It and the Winter Series.  Healthy Kids Coalition began in 2011, in partnership with the Westford Public Schools and Health Department, supporting efforts towards physical fitness, healthier food options, and overall wellness.  There have been many successes along the way.  In December of 2013, we were officially recognized as a 501c3 nonprofit organization.

Our Board of Directors meets once per month.

Sustainable Westford is always looking for talented people to join our Board of Directors. In particular, individuals with fundraising, finance, communications/media, sustainability, health and wellness, or agricultural background/experience are being sought. If interested, please contact us. 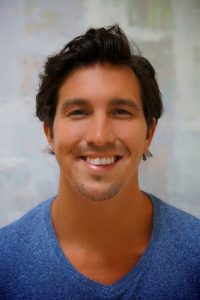