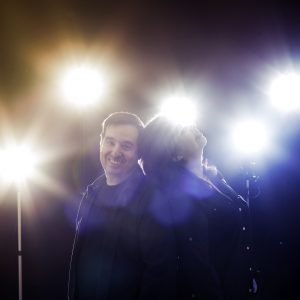 Folkapotamus scheduled to perform at the Farmers Market August 29

Folkapotamus is a Boston area based folk duo consisting of Penni Hart and Tony Trites. They have been performing together since 2011 at various venues throughout New England, such as the legendary Club Passim in Cambridge, MA. Their thoughtful lyrics and flowing melodies tell stories of life and love.

Folkapotamus has opened up for national acts including Vance Gilbert, Claudia Russell and Bruce Kaplan, and Davey O.

Folkapotamus is currently in the studio recording their second album, and plan on releasing it in the summer of 2017. Penni and Tony reside in Massachusetts with their rescue cats Oliver and Fernando, and two budgies Tyngo and Coconut.